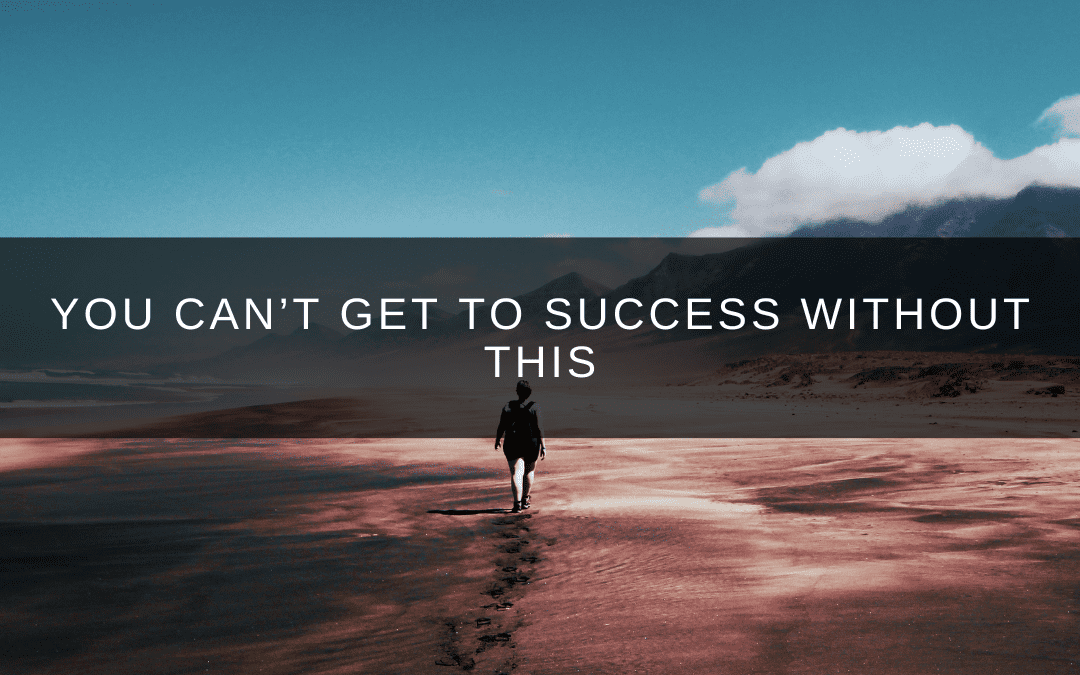 How does someone succeed?

It’s interesting how much time we think and dream about succeeding, but we rarely ask this question. As a student of leadership and a coach to some great leaders my perspective has changed.

I promise you leaders DON’T succeed by striking gold the first time. The leaders who have “made it” (whatever that means) have one thing in common; they keep getting back up when they fall.

Reacting poorly with your kid (again)

Launching a program that no one signs up for

Saying something you regret

Getting your proposal denied

Opening the email that they went with “the other gal”

Losing money on an investment

Showing up on a call where zero others show up

Apologizing and making it right

Moving on to another idea or tweaking the last idea

Investing in new people or investing deeper in the same people

Addressing the weakness that’s holding you and your team back

Waking up early and attacking it while no one is watching

Regrouping or rebuilding for a season

Taking your next risk (and doing it scared)

Shifting careers or getting a side job

Many us us were raised getting participation trophies or being put into a role because we had just enough charisma and talent.

We were told we were special – and we are, but that doesn’t mean we get to skip hitching a ride on the struggle bus.

We’re just not smart enough to figure it out the first time. That not the way this works.

Success is more like a football game than a horse show; you’ll be sore from taking hits and getting knocked down.

You’ll make a few big plays, but mostly you’ll be scrapping for a few yards at a time.

Director of Culture and Coaching

Alan is a mountain guide for the leadership journey. He loves outdoor adventures, but the greatest adventure of his being a father and husband. Alan is crazy about helping hungry leaders conquer overwhelm and navigate with courage. He serves leaders and organizations around the country through coaching, speaking, consulting, designing experiences, hosting mastermind groups, writing his own books and ghostwriting for others. He co-hosts Right Side up Leadership Podcast and regularly writes for Outreach and Field Notes .