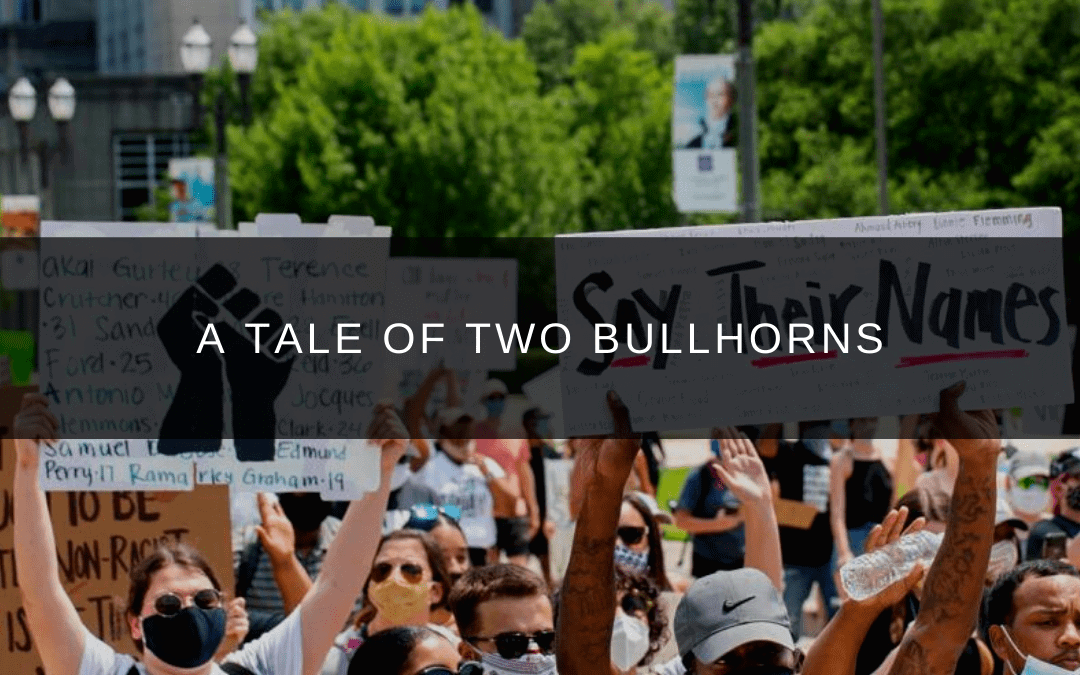 This past Saturday, my daughter and I went to Denver to participate in a peaceful protest against the murder of George Floyd and the mistreatment of POC all over America. As we marched around the
capital, I saw that man… you know the one… he stands on the corner with a bullhorn… his shirt says “Jesus” on it… and he’s preaching. The crowd is in the thousands and they are all walking past this man. I immediately started shaking my head when I saw him. I was embarrassed by him. He was shouting at the crowd about sin. He told them they all needed salvation and Jesus could help them.
While I didn’t disagree with everything he said…. I was appalled. He wasn’t with the people. He stood outside of the crowd and shouted things the people were not interested in hearing at that moment. The crowd met his sermon with shouts of “Go Home” “Get the F*ck out of here!” “That’s not helpful right now” and my personal favorite “Jesus would be marching with us”.
This past Sunday, my daughter, husband, and I went to a peaceful protest in Colorado Springs. A few hours in, an African American pastor asked to take the mic. He sang a spiritual then lead the crowd in a powerful prayer about how loved and seen they were by God and how God is a God of Justice.

There were hands in the air, tears in eyes, and a resounding AMEN rose up from the crowd as he finished. This man was met with a line of people wanting to talk to him when the protest ended. He preached HOPE and JUSTICE and walked with the people.

Christians…. White Christians…. What is your posture? I love Jesus and I love people. Jesus advocated for the oppressed… he didn’t tell them they were lamenting their oppression in the wrong way… I was embarrassed by the first man because he stood outside and preached sin. The people in that crowd did not feel seen or understood. The second man preached hope and love and justice and walked with the
people.

You tell me… what would Jesus do?